Home » Historically unique and still modern, the convent of Saint Agnes is open to art and sports

Historically unique and still modern, the convent of Saint Agnes is open to art and sports 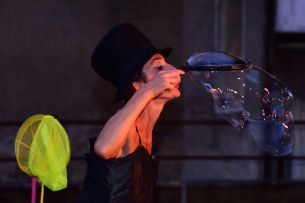 The convent of Saint Agnes comes alive in the summer!

Juggling and the open air cinema in the convent

In summer 2017, Agnes LIVE! was organized for the first time and met with good response from both the locals and tourists. There are regular yoga classes on the grass inside of the convent, the programme includes guided tours, you can learn juggling at a workshop, and visit the open air cinema. There are many attractions for children too, and some of the exhibitions have been prepared directly for them. The festival lasts until September, 8. The entrance is free.

The legacy of Agnes of Bohemia

The convent of Saint Agnes was founded by Agnes of Bohemia, the youngest daughter of King Ottokar I of Bohemia, probably in 1231 – after the political marriage arranged by her father was cancelled. The double cloister of the women order of Poor Clares and the men order of Friars Minor (the Franciscans) offered care for people in need and was dedicated to preaching, emphasizing moral life without tangible property. The right bank of the Vltava River in the Old Town was then inhabited mostly by craftsmen and iron smelters, so the placement of the convent with a hospital was strategic.

Do not forget to take look around

Today, the convent of Saint Agnes is one of the most important Gothic monuments in Prague. It has been owned and managed by the National Gallery in Prague since 1963, and it is its oldest building. All the premises have not been open to the public until 2016, after the revitalisation of the convent gardens was finished. The unique objects such as the oratory of St Agnes, St Salvator, and St Francis Church with the remains of the king Wenceslaus I are open to everyone, not only to history lovers.

You may hear the name the convent of St Agnes “Na Františku” which is a street of the same name separating the convent walls from busy traffic – the Dvořákovo Embankment and the Na Františku quay. The bus stop closest to the convent is Nemocnice (Hospital) Na Františku where you can catch buses from Staroměstská Street. The two entrance gates lead from Na Františku or Anežská Streets; to get to the latter one, walking through the Old Town and Josefov, from Haštalské Square.