Home » Run away from the roar of cars to rocks. You will forget Prague in Divoká Šárka

Run away from the roar of cars to rocks. You will forget Prague in Divoká Šárka 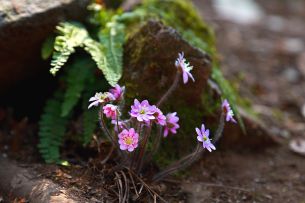 The inhabitants of Prague 6 are right to be proud of Divoká Šárka. It is the largest green site in the metropolis. It offers quiet walks in the woods, amusement for cyclists, and secluded places for family trips. You can spend the whole day there, not far from the metro and the traffic of Evropská Street.

According to historians, the rocky hillside of the Šárecký brook and the surrounding steppes were populated already in the Stone Age. The remains of a Slavic fortified settlement from the 7the century AD can be still found above the Džbán gorge. Since 1995, it is the national heritage site of Hradiště Šárka. An interesting fact is that since the Middle Ages to the 19th century, the woods were replaced by arable land and their area was four times smaller than today.

Thanks to artificial forestation and a spontaneous grow of bushes since the Second World War, Divoká Šárka is a unique piece of wild nature, from both the geological and botanical point of view. Massive rock formations of the Mesozoic dominate the area, and innumerable flora species can be found in the valley and plateaux.

A lunch break in the wilderness

If you are biking or walking, the path will almost certainly lead you to the strategic point in the centre of Divoká Šárka – the Dívčí skok inn where you can have a good meal and drink. The restaurant has a rich history, going back to the Austria-Hungary times, and it is a meeting point of trippers, sportsmen and idlers of all generations. The beautiful surrounding nature – just a few metres away from the metro and Prague streets – makes this place ideal for various celebrations and weddings.

In the summer, there are two possibilities for swimming in Divoká Šárka. The first one is the stagnant water of the natural reservoir of Džbán with a nearby camp, beaches and facilities, including playgrounds and a restaurant. The other option, for the hardy ones, is an outdoor swimming pool in the middle of the valley, the so-called Veselík. It offers refreshments, sport facilities and relaxation on the grass by a crystal clear pool which is fed directly from the Šárecký brook. Some people may be discouraged by the cold water of Veselík, but others are tempted by its purity.

Divoká Šárka has more than 25 ha in the Liboc quarter in Prague 6. The best-known routes are the ones to Vokovice, along the Šárecký brook or along the right bank of the Džbán reservoir. They start from the tram end station Divoká Šárka. Buses also stop there, for example the bus No. 191 from the city centre (from the direction Na Knížecí/Anděl) which continues to the airport. The closest metro station is Nádraží Veleslavín of the green A line. From the station, you can walk through a built-up area to the above mentioned camp Džbán.