Home » Stop visiting boring museums and exhibitions! Have fun in the National Gallery

Stop visiting boring museums and exhibitions! Have fun in the National Gallery 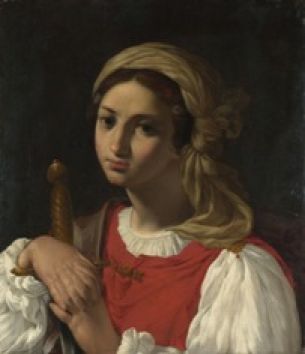 The National Gallery in Prague manages and presents the largest public collection of artworks in the Czech Republic. You can find them both in the centre of Prague and in châteaux outside the capital city. The research and educational activities of the National Gallery are valued as much as its exhibits.

Where you can find the National Gallery collections: Permanent exhibitions are located in several exhibition rooms in the Kinsky Palace, the convent of Saint Agnes, the Exhibition Palace, the Sternberg Palace, and the Schwarzenberg Palace. Temporary exhibitions can be found in the Wallenstein Riding Hall, the Salm Palace, the Fryštát Château, and in the château in Žďár nad Sázavou.

The noble idea from the end of the 18th century

The idea to build a national gallery was born on 5 February 1796. On that day, several noble and middle class scholars established the Society of Patriotic Friends of the Arts to “uplift the declined artistic tastes of the local public”. To do so, they decided to build two cultural institutions in Prague: the Academy of Arts and the Picture Gallery, the historical predecessor of the National Gallery.

The flagship of the National Gallery – the Exhibition Palace

The most extensive collections of modern and contemporary art can be found in the Exhibition Palace in Holešovice. The functionalist building is a cultural monument as well, designed by architects Josef Fuchs and Oldřich Tyl and built in 1925–1928. The permanent exhibition presents the art of the 19th, 20th, and 21st centuries. The Exhibition Palace is also a home of dozens of temporary exhibitions.

The National Gallery for children

In the Exhibition Palace, there are also several playful workshops for children every week. Some of them are even for the smallest; the playrooms are designed for children from 1.5 to 5 years of age. Older children can choose from various programmes in the studios. In their inspiring environment, they can create art by themselves or with their parents under the supervision of the National Gallery staff. They can also learn more about art and architectural styles, take part in creative activities, study the presented original artworks, and create magnificent work!

A unique medieval collection in the convent of Saint Agnes

The convent of Saint Agnes is worth visiting not only because it presents two hundred exhibits of the National Gallery. You can get to the entrance gates from Na Františku Street and Anežská Street on the border of the Old Town and Josefov.

The permanent collection “Medieval Art in Bohemia and Central Europe 1200–1550” presents a collection of paintings, sculptures and craft masterpieces. The most valuable exhibits are from the times of the Luxembourg dynasty, King John, and Emperor Charles IV and his sons.

To see the “European Art from Antiquity to Baroque” (in the Sternberg Palace) or “The Art from the Rudolfine Era to the Baroque in Bohemia” exhibitions (in the Schwarzenberg Palace), go to Hradčanské Square. “The Art of Asia” can be found in the Kinsky Palace at Staroměstské Square. Its 13 thousand items, originating from Japan, China, Korea, Tibet, South and South-east Asia, the Islamic cultural area, and Africa, include some of the most valuable exhibits in Europe.