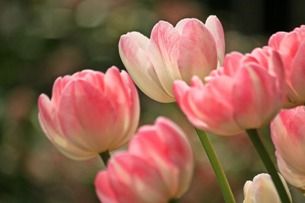 If you visit the Prague Castle Gardens, you will like their blooming flowerbeds and exotic greenhouses. A walk through the Deer Moat or the large Royal Garden may take all afternoon. Even Czech sovereigns and Czechoslovak presidents used to meditate between their statues and water features, enjoying the beautiful views over Prague.

In winter, all the gardens and the Deer Moat are closed, except for the Garden on the Bastion which is open all year from 6 a.m. to 10 p.m. The Prague Castle Gardens are open daily between 10 a.m. and 6 p.m. from April to October. The Hartig Garden (adjacent to the Garden on the Ramparts) is not accessible; the production gardens are traditionally open during the September Wine Festival.

A walk through the Royal Garden

The main Prague Castle garden was built in the place of a medieval vineyard by Ferdinand I of Habsburg, who longed for exotic plants, in 1534. At that time, chestnut, maple and hazel trees were botanical rarities in Central Europe. Today, the Royal Garden still has the appearance of the English adaptation from the mid-19th century, although Renaissance and Baroque parts can be found there, too.

You can get to the Royal Garden through three gates: at U Prašného mostu Street, at the Royal Summer Palace and in Chotek Orchards. On your walk, you will see lush vegetation and many architectural jewels, statues, and the so-called Singing Fountain. In the past, all these features served to entertain courtiers, and they fascinate Prague Castle visitors even today.

Do not forget to visit the Ball Room, historically a place of sporting events, now a cultural space; the breath-taking Summer Palace of Queen Anne built in the Renaissance style; the restored Empire Glasshouse; and the modern Orangery, designed by the architect Eva Jiřičná, which replaced the original grow house of citrus trees and thermophilic plants.

The Garden on the Ramparts and the Deer Moat

The modern Garden on the Ramparts was designed by the Slovenian architect Josip Plečnik and it has the atmosphere of Japanese and Italian gardens. You can get to the garden from the Powder Bridge (Prašný most) or Prague Castle tram stops; the entrance to the garden is situated at the right, western edge of Prague Castle, next to the Spanish Hall.

On your way, you will pass the Deer Moat, a natural ravine which used to be inhabited by fair game until the 18th century, during the reign of Rudolf II. The Deer Moat stretches along the Brusnice creek, from Nový svět to Chotek Orchards, takes up about eight hectares and it is open to the public in the summer.

Prague panorama from the southern gardens

In 2012, three gardens on the southern slopes below Prague Castle were rebuilt in the style from the period of the first Czechoslovak President Tomáš G. Masaryk. The gardens can be reached directly from the Prague Castle premises, for example, from the staircase in the III. courtyard.

If you’re standing with your back to Prague Castle, in the right of the park, there is the Garden of Eden with the yew-tree that is older than the trees in the Royal Garden. It is estimated to be older than 400 years. Below the southern façade of Prague Castle, there is the Garden on the Ramparts where you will experience some of the finest views of the city. The last garden, Hartig Garden with the Music Pavilion, is not accessible.

Prague Castle gardens also include a private garden in the north glacis, close to the President’s Villa, which serves only to the needs of the Prague Castle Office. The area of about four hectares includes orchards with a functional apiary, flower gardens and greenhouses. In the production gardens (also called the Lumbe Gardens), more than 70 kinds of flowers are grown – they are used to decorate the Prague Castle representative premises during diplomatic visits. To a lesser extent, they also supply fruit and vegetables.