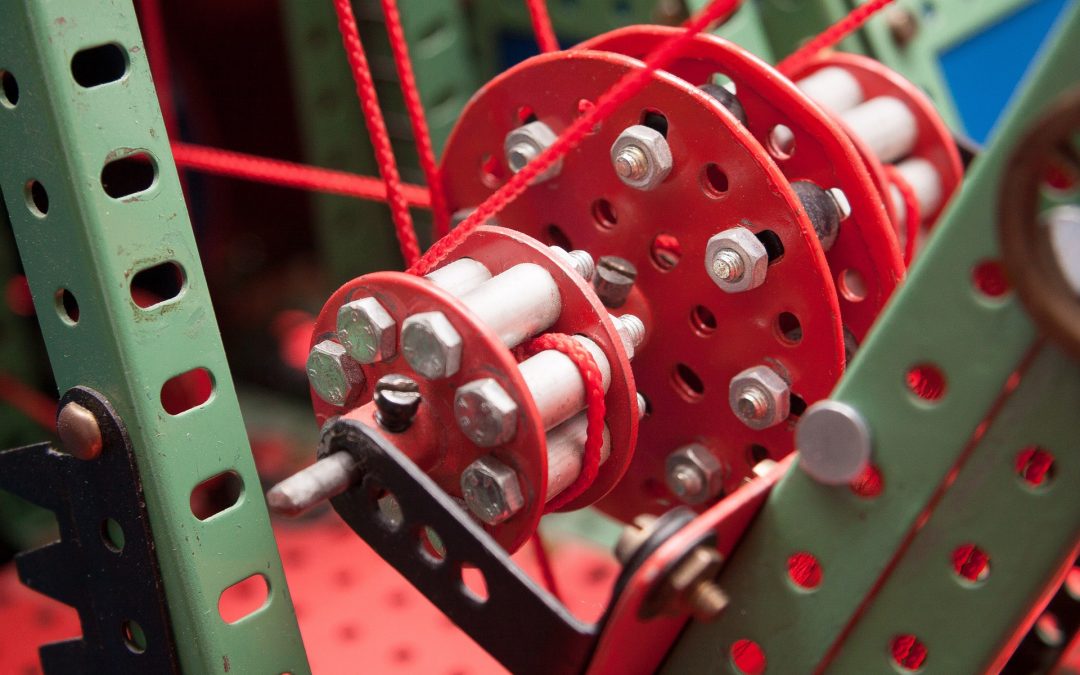 What comes to your mind when somebody says Merkur? Maybe Mercury – one of the planets in the solar system? A whole generation of Czechs immediately thinks of the legendary construction set with a hundred-year tradition. Now you can see models made of its components in the modern Merkur playroom in the National Technical Museum in Prague.

The origins and importance of the Merkur construction set

Merkur is a brand of metal construction sets, trains and, in recent years, also teaching aids, made in a factory in Police nad Metují, which was at the beginning of the 20th century. Merkur toys develop children’s imagination, fine motor skills, manual dexterity, and technical thinking. And with a bit of exaggeration, it can be said it has also immensely contributed to the “education” of future engineers, construction workers, and developers.

The Merkur construction set embodies the saying “beauty in simplicity” because its beauty lies in the accurate adherence to dimensions of the components used to construct models of machines, towers, houses, means of transport, and other civilization achievements. The components are nicely coloured and varnished, and children connect them with screws and nuts just like in real construction.

The Merkur playroom for both children and adults

The placement of the construction set in the children playroom of National Technical Museum underlines the importance of the set not only for children but for the whole Czech society. The Merkur playroom in the museum was open on 1 February 2017. You will find it next to the expositions of Mining and Metallurgy, and it includes, among other things, Merkur models related to mining and metallurgy – an excavator, a headgear, or carriages for coal transport.

The playroom serves as a place for entertainment and rest to all visitors of the National Technical Museum. Besides constructing Merkur, children and adults can enjoy interactive PC games about mining or relax watching a video screening of the immortal Večerníček (a Czech TV bedtime story).

The large museum building is situated at the end of Letná in Prague 7. It is next to the National Museum of Agriculture which is also worth visiting. The best way to get there is from the Letenské náměstí tram stop via Ovenecká or Nad Štolou Street. The main entrance to the museum is on the park side, so if you go from the tram stop, you have to walk past the museum via Muzejní Street. If you go by car, you can park in the spot between the two museums and Letná.

The museum is closed on Mondays; on other days, including weekends and holidays, it is open to public from 9AM till 6PM. The full admission is CZK 220; children, families, and senior citizens pay a reduced price. The museum offers guided tours and has a rich educational programme all year-long.