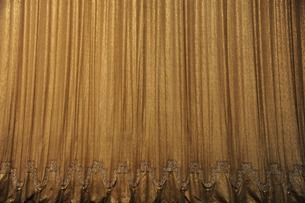 The Enlightenment, to enrich the soul and mind of the nation, has been the central idea of the Estates Theatre since it was built. Theatre celebrities like playwright Josef Kajetán Tyl or poet Karel Hynek Mácha performed on its stage. In the Estates Theatre, the audience saw the Czech modern opera Dráteník (The Tinker, 1826) for the first time and heard the song that is now the Czech national anthem (Kde domov můj, 1836).

The milestones of the Czech Theatre

One of the oldest theatres in Europe was opened in April 1783. The theatre was named Count Nostitz’s Theatre after its founder, aristocrat František Antonín Nostitz-Rieneck. This enlightened deed was very important for the people in Prague, and made the city one of the European metropolises of the late 18th century that strengthened the cultural character of the nation with new public theatres.

The Estates (or Stavovské) Theatre played in German and sometimes – and later quite regularly – also in Czech. It became an influential political instrument in the explosive times and after the revolutionary year of 1848, when the idea of building the Czech National Theatre was born. The Estates Theatre got its current name in 1798 when the Czech Estates bought it from Count Nostitz. In 1920, after the First World War and the establishment of Czechoslovakia, the Estates Theatre became part of the National Theatre, and had a dramatic, opera and ballet repertoire. During socialism, it was called Tyl’s Theatre.

The theatre and the building kissed by a muse

The classicistic style of the Estates Theatre has been preserved almost in the original state until today, which is unique in Europe. The interior is decorated with pillars made of brown Slivenec marble, while white marble was used for the floor. The combination of white and gold in the original interior was complemented with red elements; however, blue colour has replaced the red one since the extensive reconstruction in 1990s.

You can read the gold sign Patriae et Musis high above the Estates Theatre entrance – “To the Homeland and Muses”. The oil painting on the curtain also refers to muses – it is a tableau of muses and Greek gods gathering at Mount Olympus.

Wolfgang Amadeus Mozart loved the Praguers and their Estates Theatre. When his opera The Marriage of Figaro was a flop in Vienna, he was warmly welcome in Prague. Subsequently, he put on the stage the premiere of his opera Don Giovanni that he conducted in 1878. We can see the stage set of the Estates Theatre in Amadeus, the Oscar film by Miloš Forman. Only one functional theatre in Europe has a stage where Mozart had long standing ovations – the Estates Theatre.

The Estates Theatre is in Ovocný trh Square in the centre of Prague, in the middle of the imaginary triangle between Wenceslas Square, Old Town Square and náměstí Republiky Square. You will get to the three squares by metro, and then you can walk to the Estates Theatre along Celetná Street (from Old Town Square and náměstí Republky Square) or through the Myslbek shopping arcade in Na Příkopě Street (from Wenceslas Square). Romantics can get to Ovocný trh Square also from Charles Bridge – it is a beautiful walk along the crooked streets of the Old Town.