Home » Vítkov Hill: monuments of bravery and a cult pub

Vítkov Hill: monuments of bravery and a cult pub 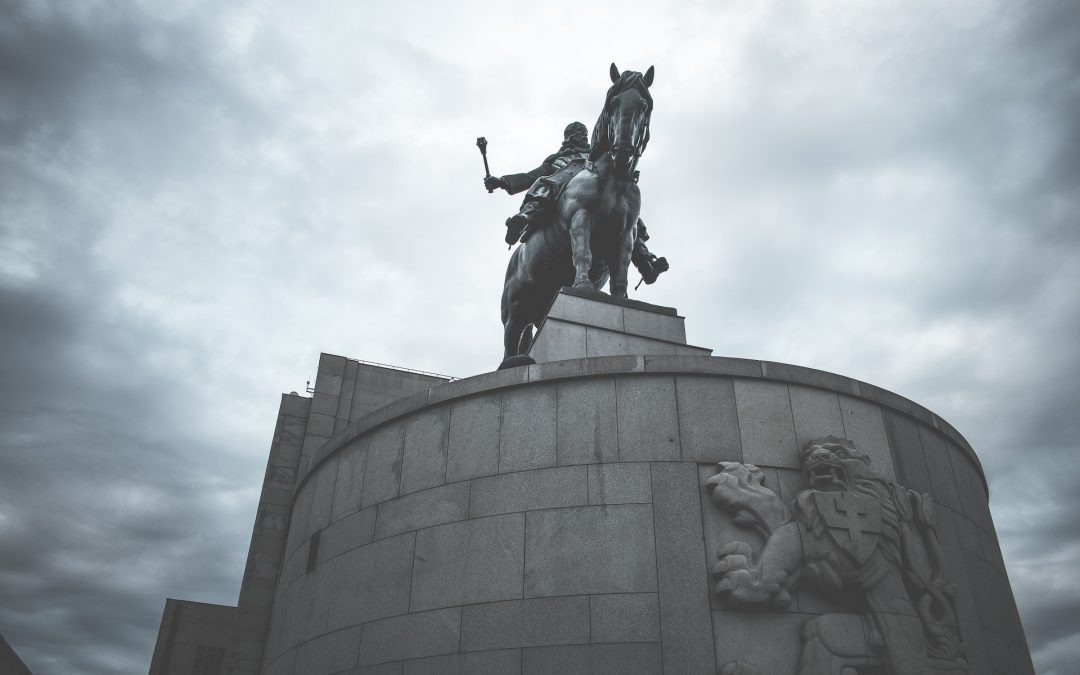 A playground, sports, culture, and the atmosphere of Žižkov. Everybody finds their favourite place on Vítkov Hill on the boundary between Karlín and Žižkov. The hill used to protect the Prague citizens in the past, and it serves them even today. You can spend a pleasant afternoon or a lively evening there.

For sportsmen and families with children

Besides calm walks, Vítkov Hill offers activities for sportswomen and sportsmen, families with children or curious visitors. If you walk from Ohrada along the main path Pražačka, you will come across a huge playground where both children and adults can let off steam. The paths are suitable for bikes, scooters, and push bikes, too. The park also hides several picnic places, and there is a popular outdoor gym for sportswomen and sportsmen. All this with omnipresent views of Prague below Vítkov.

At the end of the main ‘promenade’, there is a functionalist building of the National Monument at Vítkov built in tribute to the Czechoslovak legionaries. There is also a monumental statue of John Žižka of Trocnov on horseback which reminds us of the brave defence of Prague at the fortified hill against the superiority of Sigismund of Luxembourg’s fighters in 1420. In the monument, you can visit two permanent exhibitions devoted to the history of the Czech statehood. Temporary exhibitions take place there, too, and you can relax in the local café.

Under the rule of Charles IV, the wooded hillsides of Vítkov were changed into vineyards. One of their owners was a Prague town councillor, Vítek of Hora, who gave the hill its name. The park got its current form in the 20th century when the National Monument was built (1929-38) on the top of the hill at the 270m altitude. Thanks to the lush vegetation on the hillsides and the low cover around the monument, the project has turned Vítkov Hill into a giant natural pedestal, an important symbol of the Czechoslovak history – the National Monument and the bronze statue of John Žižka of Trocnov that ranks as one of the first ten largest equestrian statues in the world.

If you take a walk on the top of Vítkov Hill, don’t miss this cult pub at 3 U Božích bojovníků Street. The space is crowded but the pub with the old neighbourhood spirit is rich in history and culture. The Thursday, Friday and Saturday programmes usually offer music performances of distinctive bands playing diverse music genres. If you look for the Prague pub atmosphere, turn from the busy and not so nice Husitská Street and go to this pub.

There are several possibilities how to get to Vítkov Hill. However, pedestrians will agree that it is more pleasant to be taken up as high as possible and stroll down from the top than the other way around. Start the walk at Vítkov from the tram or bus stop Ohrada. The Vítkov hillsides also offer many access paths and stairways from Husitská and Koněvova Streets. Bikers and pedestrians like to use the two connecting ways between Žižkov and Karlín that lead beneath Vítkov Hill – the Žižkovský tunnel leading to Tachovské Square and the noticeably longer Old Vítkov tunnel, which used to be a railway tunnel but was changed into a cycle track.