Home » The story of The Church of Mother of God before Týn: a decorated Gothic building popular with Catholics, Hussites, and storks

The story of The Church of Mother of God before Týn: a decorated Gothic building popular with Catholics, Hussites, and storks 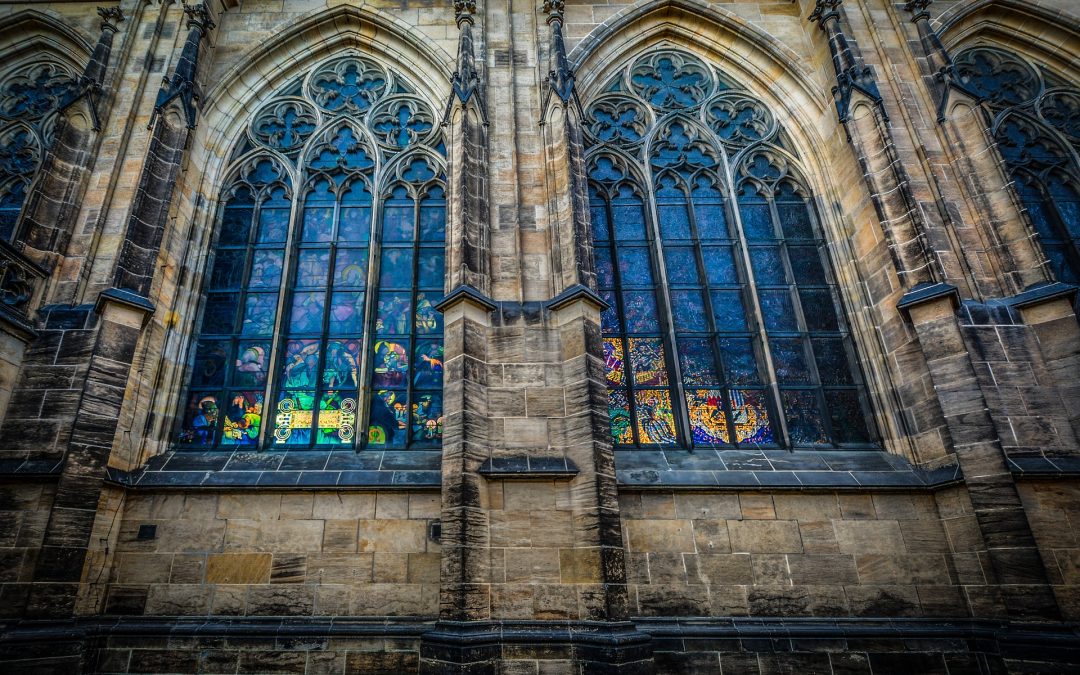 The Týn Church in Old Town Square cannot be missed. It has completed the panorama of the centre of Prague for centuries, and it attracts attention because of its past. This originally Catholic church with two dominant towers served only to the Hussites for over two hundred years. Today, the gilt chalice on its facade is a valuable symbol of reconciliation.

One tower wider than the other

The Initially Romanesque, and then early Gothic church went through a fundamental reconstruction in the 14th and 15th centuries. The admirable two decorated towers, reaching 80m, are the second highest in Prague just after St. Vitus’ towers. Their height was fatal for them in 1819 when they were stuck by lighting. There was a devastating fire which swallowed up one of the bells. But the monstrous bell named Marie from the 16th century, which weights 6,450kg, still hangs in the southern tower. You may notice that the southern tower of the Týn Church is wider and allegedly represents the man in the family. The tower offers beautiful views. However, to ascend the 189 stone and wooden stairs to the top you need some courage.

The chalice as a symbol of the Týn Church

The golden chalice has had its place on the church facade for a long time. The original one was supposedly even older than Christianity and it could hold 8 bushels of corn. Although it was a thorn in Catholic priests’ side, none of the well-paid thieves managed to steal the chalice. Its size lured also storks who nested there. That is why frogs and snakes, brought by the storks to their precious home, crawled out and fell on the cobbles in front of the Týn Church… When the storks flew to the South, the Hussites placed a board over the chalice.

In 1623, the Jesuits took over the church and removed the chalice on 17 January. The chalice era was over for centuries. No drawing or engraving of it has survived. Yet, the Church of Mother of God before Týn lived to see its dominant again in 2018. Its current owner, the Roman Catholic Church of Mother of God, installed a gilt copper chalice with a wafer made by the Arpema architectonic studio on the facade.

As we can read on the church website, “the chalice with the wafer was placed on the façade according to the Czech bishop conference’s regulation as a gesture of ecumenical reconciliation and make the most valuable gift Christ left to his Church, Eucharist, visible. The reverence to this gift reminiscent of the Lord’s Supper is common to all Christians.”

You can visit the Týn Church in Old Town Square all year long from Thursday to Saturday, from 10 AM to 1 PM and from 3 PM to 5 PM, on Sundays from 10 AM to 12 PM. The entrance fee is voluntary, but a symbolic gift for maintenance of the church (CZK 25 or EUR 1) is very welcome. You will find the barrier-free entrance at 5 Celetná Street (walk through the parish centre). The trussing and roof of the Týn Church have been under reconstruction since 2016, so please expect some restrictions.