Home » The reopening of the National Museum: how successful was one of the largest reconstructions in the C

The reopening of the National Museum: how successful was one of the largest reconstructions in the C 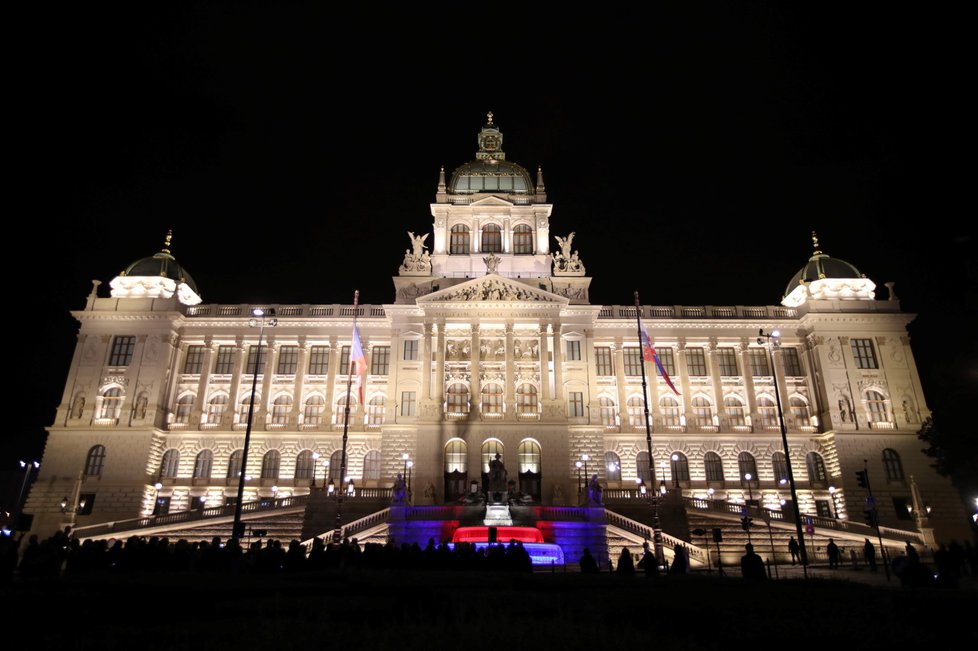 The general reconstruction of the historical building of the National Museum at Wenceslas Square took 42 months. The richly decorated palace, which is both a respected institution and the dominant feature of the largest square in Prague, was renovated to its original form from the late 19th century.

The reopening of the National Museum

It was quite a sad sight for both Prague residents and tourists. The majestic building of the National Museum in the heart of the city was hidden behind tarpaulin and scaffolding for months. The unveiling of the building was anxiously expected by the whole nation since the building went through all the hardships of the modern Czech history with us.

The historical building of the National Museum was reopened to celebrate the 100th “birthday” of the Czechoslovak Republic. The grand opening on 27 October, the day before the anniversary, was attended by prominent Czech politicians and guests from abroad. On 28 October, the building was opened to the public. Since then, visitors can see the 2×100 exhibition, the Czech-Slovak/Slovak-Czech Exhibition, and the renovated interior on the ground floor and the first floor of the building. The admission to the National Museum will be free until the end of the year.

The silent witness of modern history

The representative exhibition palace was designed by architect Josef Schultz and built between 1885 and 1891. Being the dominant feature of Wenceslas Square, the historical building of the National Museum has seen countless demonstrations and armed conflicts. It was damaged in 1945 and after the Warsaw Pact invasion, in 1968. During the 120 years of its existence, however, the Museum was never renovated. It had to be closed down in 2011, and the sensitive reconstruction started after a long delay in April 2015.

The greatest renovation in history

According to the press release, the general renovation included the reconstruction of 495 large windows and 233 doors, 1,300km of new cables, 6 new lifts for passengers, and 6 freight elevators. The exhibition spaces have been extended by up to one-third, and there is also a new underground tunnel connecting the National Museum with a new building. Under the close supervision of experts from the National Heritage Institute, the National Museum interior, exterior and surroundings were renovated to the original form from the late 19th century. Visitors will surely notice the painted glazing above the main staircase or the lighter façade, whose beauty stands out mainly at night.

“But there is still a lot of work. Next year the Museum will be in full operation again, and we will open permanent exhibitions, including the natural scientific one with the famous fin whale,” said the managing director of the National Museum, Michal Lukeš, about the renovation costs amounting to CZK 1,795,334,935.

Exhibition for the Czechs and Slovaks

In addition to the successful reconstruction of the National Museum, don’t miss the unique exhibition on the common history of the two nations of Czechoslovakia. What was the life of the Czechs and Slovaks in the 20th century like? What did they go through? What values did they treasure? What were their personal stories? Find the answers at the exhibition of 1,200 exhibits, accompanied with audio-visual documents and interactive elements. The Czech-Slovak/Slovak-Czech Exhibition was opened in the spring at Bratislava Castle; in the National Museum in Prague, it was open on 28 October 2018 when Czechoslovakia would have celebrated 100 years of existence.